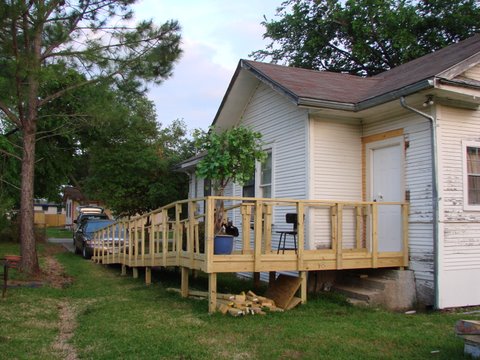 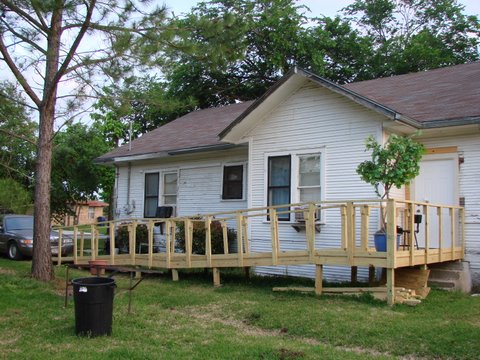 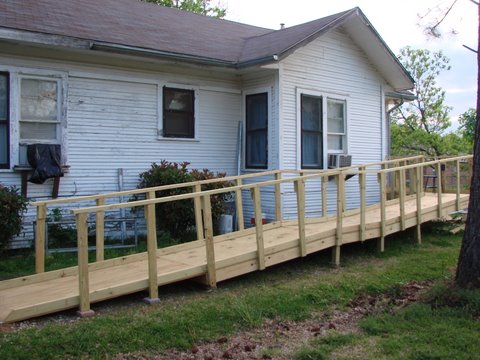 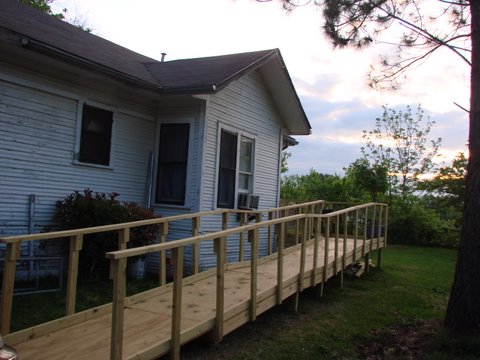 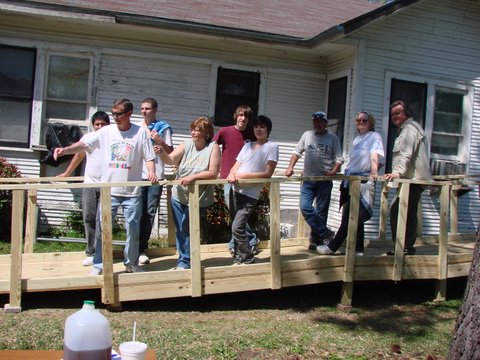 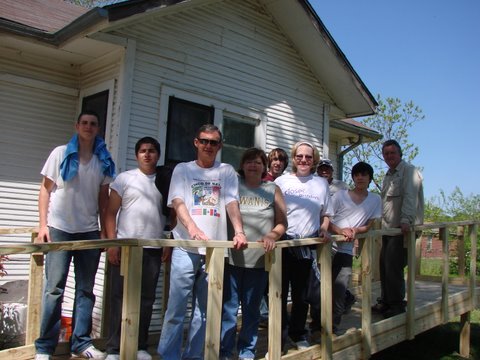 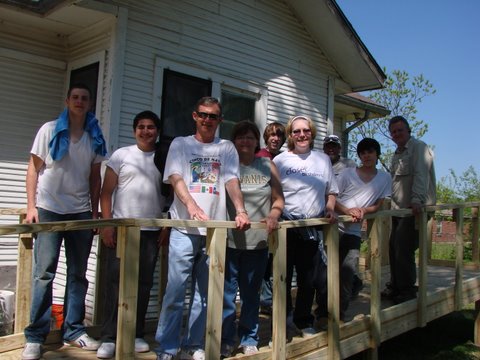 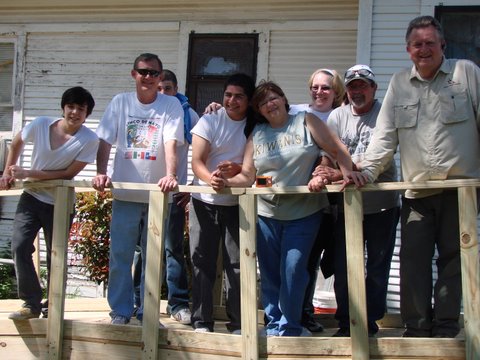 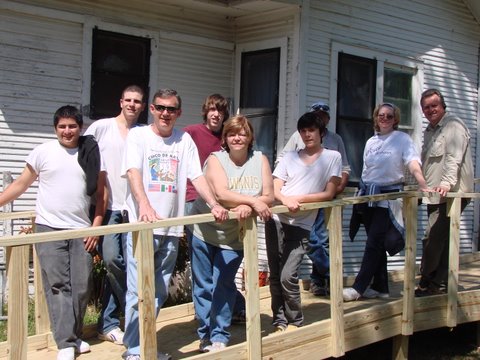 This ramp was built in Terrell on April 10, 2010, with eight volunteers from the Terrell Kiwanis Club. It took about five hours to build, with John Laine serving as team leader. The 44-foot ramp was constructed for an 87-year-old man who is bed-bound and could not be brought to doctor’s appointments safely without the ramp.

“We were having so much difficulty getting my father to medical attention that we sometimes missed appointments because it was so dangerous to bring him down the steps,” says his daughter. “Now that is no longer a problem, thanks to our new ramp. We are very grateful to all of the Kiwanis volunteers and the Texas Ramp Project. It will also be a big help to my mother, who has started to have difficulty walking.”

It’s just another example of how the Texas Ramp Project brings the benefits of safe access to people.