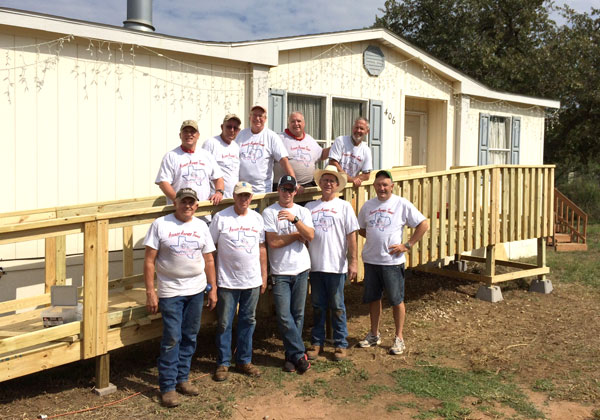 MARBLE FALLS — When Ben Redler first joined the Texas Ramp Project several years ago, he was just looking for a volunteer opportunity. What he and other volunteers like him probably didn’t know is the number of lives they changed, even saved.

In the past, these ramps have helped an elderly man get out of burning home; a dialysis patient leave her home without being carried down the steps; and a 7-year-old boy with cerebral palsy get in and out of his house with his wheelchair.

During the week of Oct. 10-17, the Texas Ramp Project is celebrating the completion of its 10,000th ramp.

“That’s a pretty significant accomplishment when you consider how many lives it’s changed across Texas,” Redler said.

Redler, who helps coordinate the Highland Lakes area chapter, which serves Burnet, Blanco and Llano counties, said more than 70 residents have been helped by the project, which included the construction of more than 2,500 feet of ramps.

When Laine reached out to Redler several years ago, the Texas Ramp Project provided a little seed money and some tools to get the Highland Lakes group going. Redler found getting volunteers, once they saw the impact the ramps made, didn’t take too much convincing.

But there’s always room for a few more people.

The Highland Lakes chapter has two lead builders who access a project, develop a site plan and order the supplies. Then the volunteers descend upon the home and build a new, stable ramp that offers freedom and safety.

“It’s great knowing you could change things with a few hours of volunteering,” Redler said. “And you don’t need any experience. We’ll train you if you don’t really have any building experience.”

The local chapter is tackling a ramp this week, so if anyone is interested in helping, contact Redler at (830) 613-0755 or [email protected]

Go to texasramps.org for more information or the qualifications for getting a ramp built. 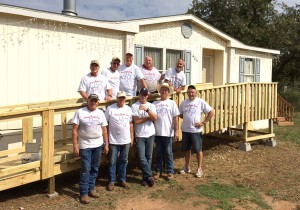